You are here: Home / About LSLA 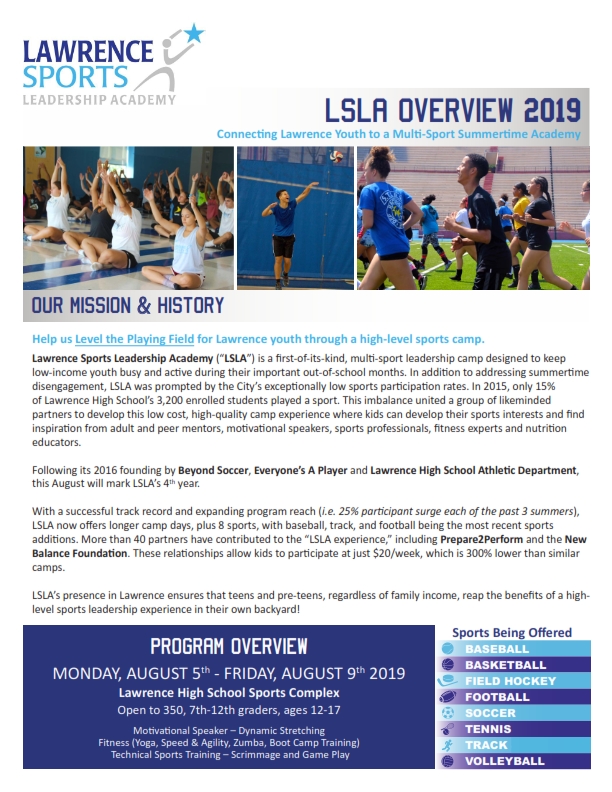 Lawrence High Athletic Director, Brendan Neilon, says; “I’m looking forward to continuing our important work with Beyond Soccer & Everyone’s A Player to expand and improve our Lawrence Sports Leadership Academy.  Moving towards our 4th summer of providing much-needed, quality sports camps and leadership support to the youth of Lawrence, I envision overall participation to increase and the impact of the program to be noticeable. Through our effort, we hope to build school spirit and community pride!” 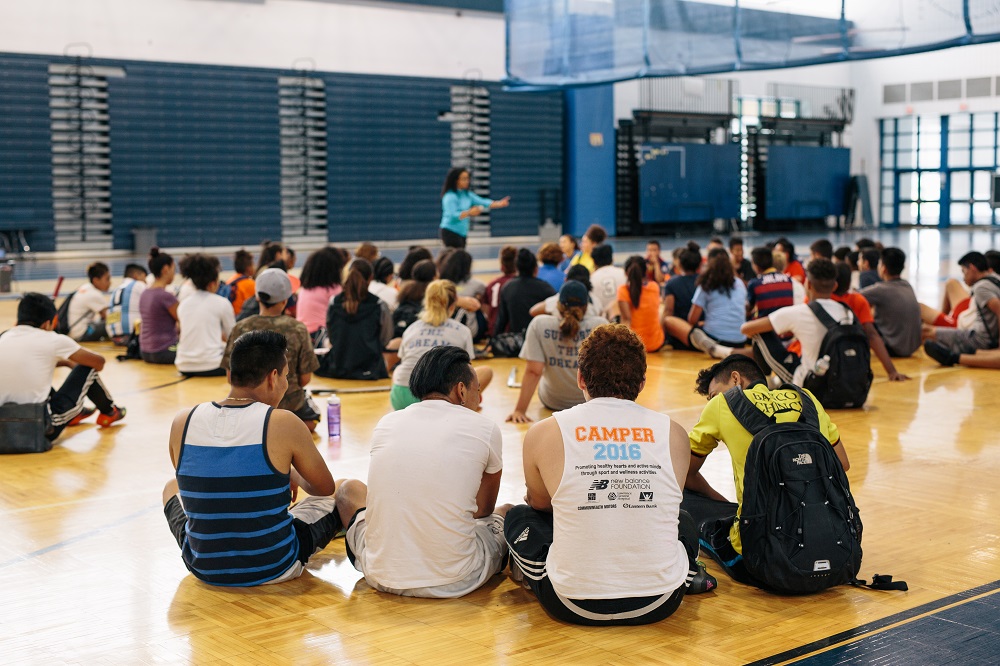 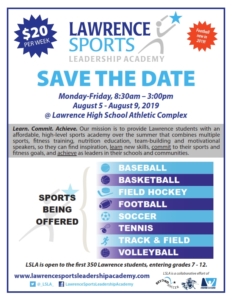 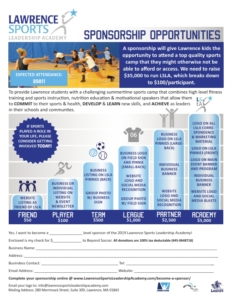